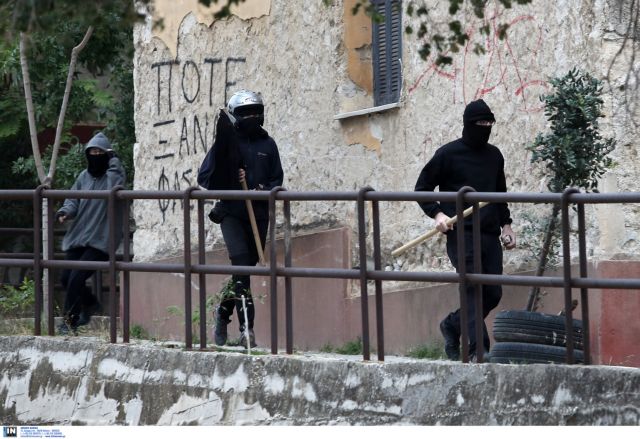 The near-by riot police units that were stationed received were also attacked with stones, with the police carrying out two arrests. It has not yet been determined in which of the groups the two arrested mere belong to. Earlier, PAME held a demonstration on Alexandras Avenue near the courts, in protest of the attack their members suffered by the neo-Nazi party in 2013.