Fire between Kalyvia and Anavyssos in Attica under control 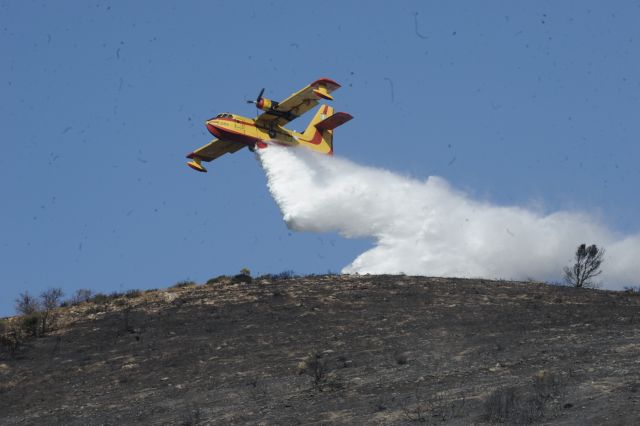 The Fire Brigade has managed to contain a fire that broke out in a forested area between Kalyvia and Anavyssos in eastern Attica early on Friday morning.

About 40 firefighters are currently tackling the fire, with support from two water bombers and two helicopters.

Meanwhile the Fire Brigade announced that the fires that broke out near Agios Nikolaos in Crete and in the Agia Anna forested area in Evia on Thursday are under control.

In the past 24 hours the Fire Brigade has been called out for 53 fires across the country.