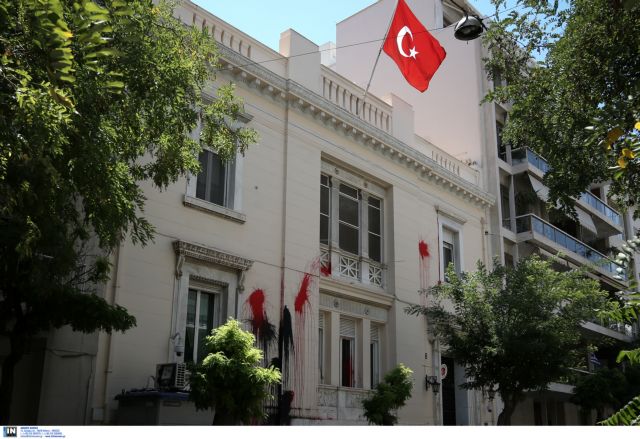 The Rouvikonas anarchist group staged a protest outside the Turkish embassy on Tuesday afternoon and threw flyers and red and black paint on the building.

The group later publicized details its protest, which was against the oppressive, dictatorial practices of the Erdogan government, following the failed coup.

On Wednesday the Police announced the arrest of one member of the group for participating in the protest, who will face charges for causing damage to private property.