Major forests fires break out in Lasithi, Pieria and Ioannina 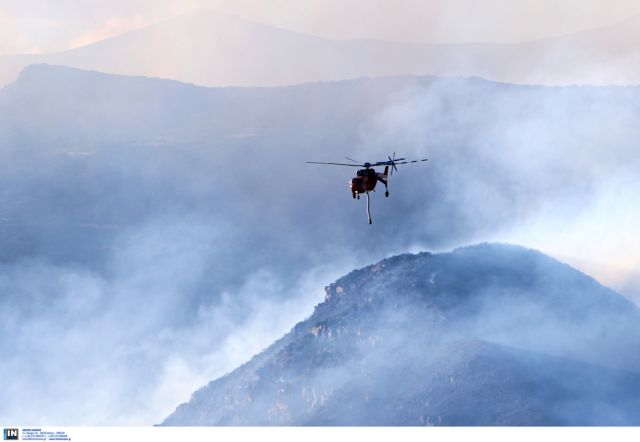 Firefighters in Crete have been struggling to contain a major fire that broke out in the Selekano forest near Ierapetra in Lasithi on Monday evening.

Although the Fire Brigade was quick to respond to the blaze, with support from municipal forces, the fire quickly spread across the forest due to strong winds in the area. Currently there are over 60 firefighters and 30 soldiers engaged, along with volunteers, supported by two helicopters. The fire is reportedly headed towards Males, but no residential areas are at risk.

Meanwhile, another wild fire also broke out on Monday evening in the forest of Palei Poroi in Pieria, in the north of Greece. The Fire Brigade has announced that no residential areas are at risk and that the there about 60 firefighters, including two water bombers, deployed.

Another major fire also broke in the grassland area in Bitzounaki, near Agios Ioannis in Ioannina. According to the latest Fire Brigade report, his fire is partially under control.

In total 78 fires have been reported in the past 24 hours, with the General Secretariat of Civil Protection issuing a warning for a high risk of fire outbreaks in Attica, Evia, the north Aegean Sea, the Cyclades and Crete.