In an event held at the Acropolis Museum on Thursday evening, Prime Minister Alexis Tsipras presented his government’s… 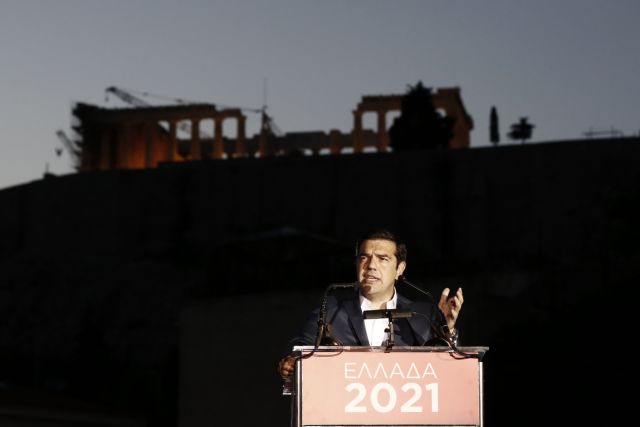 In an event held at the Acropolis Museum on Thursday evening, Prime Minister Alexis Tsipras presented his government’s strategic plans for equitable growth.

During his speech PM Tsipras lambasted previous governments and the opposition parties, arguing that they “left ruins behind”. In contrast, he further noted, his government will focus on reintegrating the economy in the global division of labor, creating an economy with productive skills and restoring the welfare state.

Furthermore, the coalition government will aim to create a wide range of productive activities, cooperative schemes in the social economy and an entrepreneurship geared towards the production of sustainable and decently paid jobs.

The Prime Minister explained that his government will focus on untapped resources and capabilities, the country’s highly skilled and education human resources as well as Greece’s unrivalled natural environment and geographical position.

As expected, the Prime Minister referred to the brutal murder of British MP Jo Cox and commented that those who wish to break the unity of people and social forces are a “common enemy”.