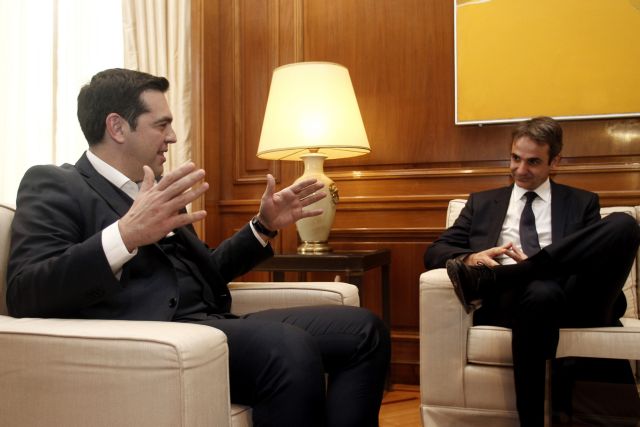 The latest opinion poll by Kapa Research that was published in the Sunday edition of To Vima has caused tension between the coalition government and main opposition party New Democracy.

The survey shows that 56.2% believe that the current government needs more time to continue its work, compared to just 35.5% who believe that early general elections are necessary.

Although SYRIZA trails behind New Democracy and the Independent Greeks do not appear to have the necessary support to enter Parliament, should elections be called, government officers were pleased with how the majority of respondents appear to be pleased with the completion of the bailout review.

New Democracy has been on the rise, particularly after its leadership elections, but appears unable to convince the electorate. Following the completion of the bailout review, the distance between SYRIZA and ND has shrunk. The main opposition party claims that the government is being selective in its interpretation of the survey poll and further argues that the government’s gains from closing the bailout review will be temporary.

According to government sources, the polls reflect how the government has worked methodically towards this goal and will bring a major period of stability and growth. The government also believes that the polls reveal how New Democracy’s tactics and a controversial anti-government demonstration have failed, since the majority of respondents oppose early elections.