Kammenos: “The agreement with NATO has been reached” 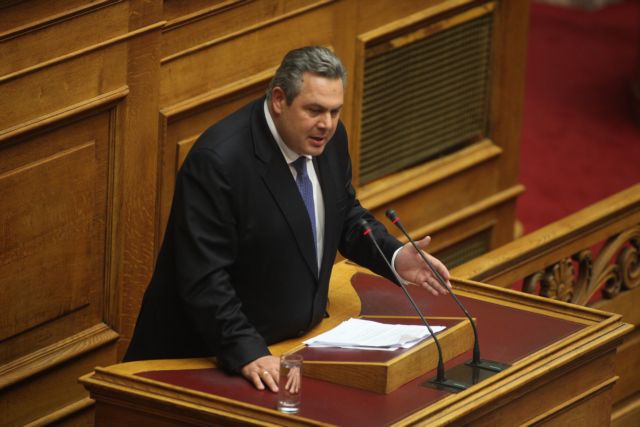 The Minister of National Defense Panagiotis Kammenos announced that the NATO agreement for patrols in the Aegean Sea has been reached and that the alliance vessels to participate in the operations are on their way over.

“Regarding NATO, the agreement was reached yesterday at 2:30am and the NATO ships are already coming to ensure that anyone rescued in Greek or Turkish waters will be returned to Turkey” stated the Minister from the stand.

Mr. Kammenos made the announcement in Parliament, in response to a question posed by PASOK MP Dimitris Kremastinos regarding the refueling of Prime Minister’s aircraft in Rhodes.

Furthermore, Mr. Kammenos confirmed that the NATO agreement includes the Dodecanese and argued that the “information” suggesting otherwise was disseminated by neo-Nazi party Golden Dawn.

The Minister of Shipping Theodoros Dritsas commented that many aspects of the agreement have not yet been clarified, particularly in technical matters such as the identification and supervision of illegal crossings.