Three police officers injured from clashes with farmers on Thursday 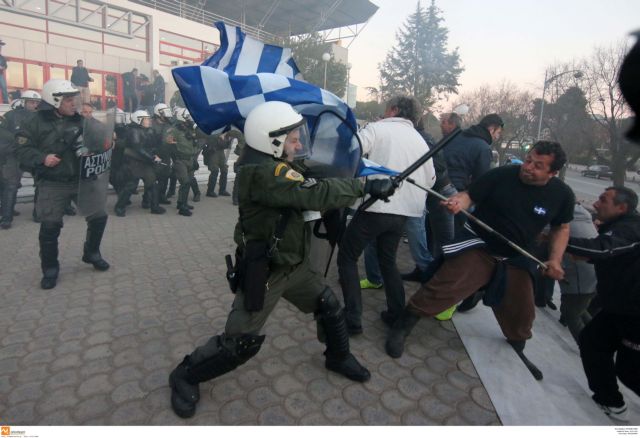 The police issued a statement regarding the clashes with protesters outside the Vellidis conference center in Thessaloniki on Thursday, where the opening ceremony of the Agrotica fair was due to take place.

According to the police statement three officers were injured in the scuffles, when a large group of about 300 people with their faces covered attempted to break through the police lines and enter the conference center.

The protesters attacked the police with fireworks, petrol bombs, flares and rocks, while the police officers responded with tear gas and flash bangs to repel the attack. The protesters also attempted to flip over the stationed police buses. The clashes and skirmishes began at about 16:30 and ended after the crowd dispersed, at about 20:15.