Farmers continue to stand firm and return to the road blocks

A nationwide meeting of farmers has been called for Saturday at Tempi in order to coordinate their actions, as thousands return… 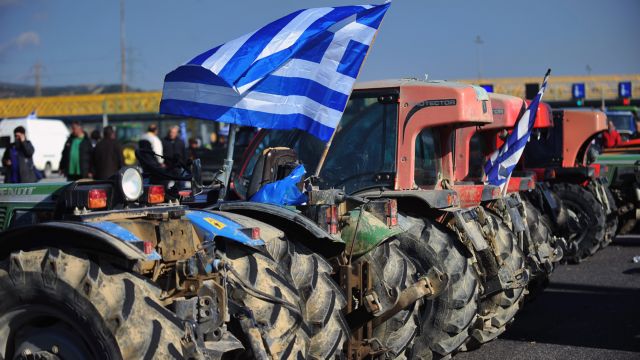 A nationwide meeting of farmers has been called for Saturday at Tempi in order to coordinate their actions, as thousands return to the streets and road blocks over the government’s pension and tax reforms.

Meanwhile in Attica the farmers have decided to block traffic on Markopoulo Avenue (between 12:00 and 13:00) toward the Athens International Airport. The farmers have also cut off access to the new Athens-Corinth motorway at the Isthmus. Local coordinating committees will decide whether to escalate their actions.

The opening day of the Agrotica fair in Thessaloniki was cancelled on Thursday due to police concerns, after a meeting between the Minister of Agricultural Development Evangelos Apostolou, the Mayor of Thessaloniki Yannis Boutaris, the president of Helexpo Tasos Tzikas and the Police Director of Thessaloniki.

About 15,000 to 20,000 demonstrators gathered outside the main area of the fair and waited for the Minister of Agricultural Development. Under the impression that the Minister was already at the fair, a group of protesters attempted to break through the police lines. The police responded with tear gas and managed to disperse the crowd.