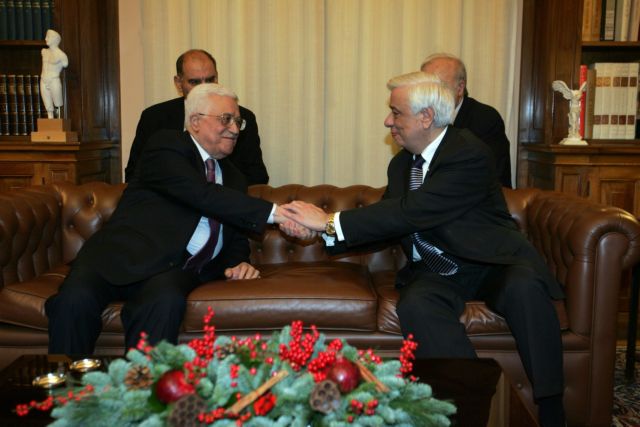 The President of the State of Palestine and Palestinian National Authority Mahmoud Abbas arrived in Athens early on Sunday afternoon for a series of top-level meetings with Greek officials.

On Monday the Palestinian leader will meet the President of the Hellenic Republic Prokopis Pavlopoulos at noon, followed by a meeting with Prime Minister Alexis Tsipras at 14:30. A joint press conference will follow.