Nationwide strike and demonstrations across the country on Thursday 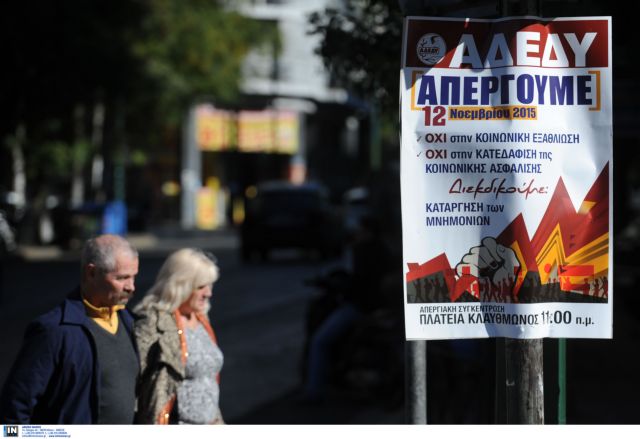 The country’s major public and private sector trade unions – ADEDY and GSEE – have arranged a nationwide strike and protest for Thursday. Doctors and other employees in the national healthcare service ESY, along with pharmacists and physiotherapists will also participate in the strike. Public and on-duty hospitals will operate with security staff.

The Metro and Suburban Railway will not operate at all, while the electric railway and tram services will only operate between 10am and 4pm. Bus and trolley services will operate between 9am and 9pm. The nationwide seaman federation PNO decided to join the strike, meaning that all ships will remain docked. Museums and archeological sites will also not operate during the strike.

Olympic Air has also announced that a number of flights will be cancelled on Wednesday and Thursday, due to the Civil Aviation Authority unions participating in the strike. The CAA union announced a 4-hour work stoppage on Wednesday (between 08:00 and 12:00) and a 24-hour strike on Thursday. Details on affected flights are available via Olympic Air’s website and via telephone at 801.801.0101 and 210.355.0500.

Civil servant confederation ADEDY announced the strike for Thursday in response to the government policies and measures affecting the middle and working classes. A demonstration will take place at 11am on Klafthmonos Square, with protests also to be carried out in other major cities and towns across Greece.

In its statement ADEDY argues that the third bailout that was recently agreed perpetuates “the extreme austerity policies and violent redistribution of income against the middles and working classes”, while overturning popular sovereignty and enforcing the domination of the country’s creditors.

As such, ADEDY demands the: