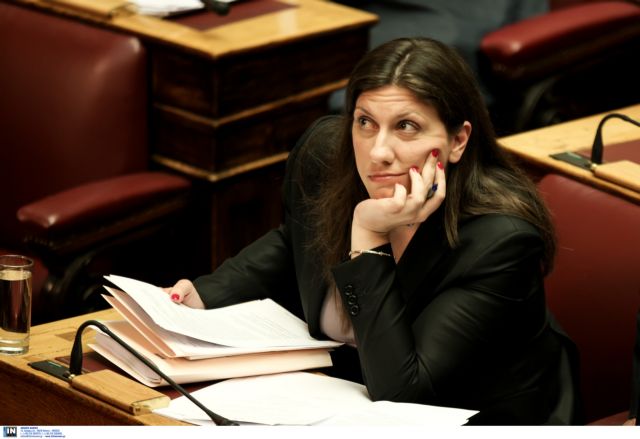 Opposition party the River appears to have prepared a proposal for a censure motion against the President of Parliament Zoi Konstantopoulou, which has been sent to the parliamentary groups of the other opposition parties, except Golden Dawn. The initiative was revealed on Mega Channel, with River MP Giorgos Amyras claiming that the government is “not daring” solve the “problem”.

Mr. Amyras claimed that Mrs. Konstantopoulou “is the first President of the House in parliamentary history that is not exercising civic duties, but political ones” and that “she is violating the essence of the Constitution, which outlines that the government the country’s politics”. The MP further asserted that Mrs. Konstantopoulou is using the national assembly, administrative personnel and television network of Parliament to serve “personal strategies, without the approval of the government, opposition and ultimately Greek society”.

While Mrs. Konstantopoulou received extensive support when she was appointed as President of Parliament, she has since been criticized for a pedantic attitude, often provoking the ire of MPs from across the board. The Prime Minister Alexis Tsipras has also hinted towards his displeasure over the situation.