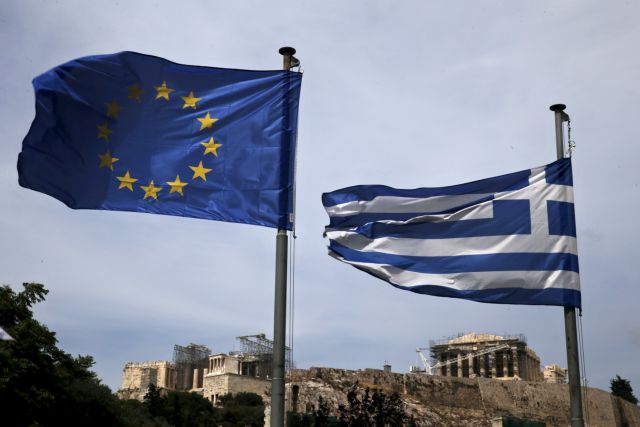 Greece’s international creditors have praised the government for concluding the negotiations for the third bailout package, ahead of the Eurogroup meeting scheduled in Brussels on Friday.

In the statement issued by the European Commission, in liaison with the European Central Bank, the institutions acknowledged “the very good cooperation of the Greek authorities during the review mission, which has made possible this agreement after several months of negotiations”.

This third bailout, the statement notes, “will enable Greece to address the remaining imbalances in the economy in order to bring it back on a sustainable growth path, while also addressing in a determined way the social challenges facing the Greek society”.

A statement was also issued by the International Monetary Fund regarding the talks that were held in Athens.

In response to a request of 8 July 2015 from the Hellenic Republic to the Chairperson of the Board of Governors of the European Stability Mechanism (ESM) for stability support in the form of a loan with an availability period of three years, the Eurogroup has asked the Institutions to agree on a Memorandum of Understanding detailing the conditionality for a financial assistance facility covering the period 2015-18 in accordance with Article 13(3) of the ESM Treaty.

On 11 August, the European Commission, the European Central Bank and the European Stability Mechanism, with the input from the International Monetary Fund, reached a comprehensive agreement at staff level with the Greek government on the Memorandum of Understanding that will constitute part of the Loan agreement to be signed between the Hellenic Republic and the ESM.

The negotiations of the Memorandum of Understanding on the ground in Athens aimed at agreeing a credible and comprehensive package of reforms. The IMF provided input into the technical analysis and the design of conditionality for the new ESM programme. The conditionality will be updated on a quarterly basis, taking into account the progress in reforms achieved over the previous quarter. This agreement is in line with the Euro Summit Statement of 13 July. It still needs to be approved at political level, ratified by Member States and endorsed by the ESM’s Board of Governors and Board of Directors.

The European Commission, the European Central Bank, the European Stability Mechanism and the International Monetary Fund acknowledge the very good cooperation of the Greek authorities during the review mission, which has made possible this agreement after several months of negotiations.

This reform package will enable Greece to address the remaining imbalances in the economy in order to bring it back on a sustainable growth path, while also addressing in a determined way the social challenges facing the Greek society. The credibility of the agreement is underpinned by a significant number of upfront reforms, including important measures that address long-standing structural challenges facing the Greek economy such as revenue collection, pensions and health systems, competition in product market and professions and energy, which show the intention of the Greek government to normalise the situation in the economy quickly.

Implementation of the reform agenda will provide the basis for a sustainable recovery, and the policies are built around four pillars:


Restoring fiscal sustainability: Greece will target a medium-term primary surplus of 3.5% of GDP to be achieved through a combination of upfront parametric fiscal reforms supported by an ambitious programme to strengthen tax compliance and public financial management, and fight tax evasion, while ensuring adequate protection of vulnerable groups. A major reform of the pension system will eliminate disincentives to work, and address sizeable imbalances which threaten fiscal sustainability. In pursuit of this medium-term goal and taking into account the deterioration in the economic situation, the authorities will accordingly pursue a new fiscal path premised on a primary surplus balance targets of -¼, 0.5, 1¾, and 3.5 percent of GDP in 2015, 2016, 2017 and 2018 and beyond, respectively. The trajectory of the fiscal targets is consistent with expected growth rates of the Greek economy as it recovers from its deepest recorded recession.


Safeguarding financial stability: Greece will immediately take urgently needed steps to tackle the non-performing loan (NPL) problem in the banking sector. The extraordinarily high level of NPLs and the related over-indebtedness of the private sector divert significant resources from more productive uses and prevent the banking sector from providing the necessary credit in support a recovery of growth. In addition, a recapitalisation process of banks, to be completed before the end of 2015, will contribute to a stabilisation of the situation in the banking sector. This will be accompanied by concomitant measures to strengthen the governance of the Hellenic Financial Stability Fund (HFSF) and of banks. Together with other programme policies this is expected to foster a normalisation of the liquidity situation in the banking sector, allowing a concomitant gradual easing of capital controls.


Growth, competitiveness and investment: Greece will design and implement a wide range of reforms in labour markets and product markets (including energy) that not only ensure full compliance with EU requirements, but which also aim at achieving European best practices. There will be an ambitious privatisation programme, and policies which support investment. The structural reform package to be enacted is significant, particularly in the area of business environment and competition policies, which are key for unlocking the growth potential of the economy.


A modern State and public administration shall be a key priority of the programme. Particular attention will be paid to increasing the efficiency of the public sector in the delivery of essential public goods and services. Measures will be taken to enhance the efficiency of the judicial system, including by implementing the recently adopted new Code of Civil Procedure, and to upgrade the fight against corruption. Reforms will strengthen the institutional and operational independence of key institutions such as revenue administration and the statistics institute (ELSTAT).

The agreed strategy takes into account the need for social justice and fairness, both across and within generations. Fiscal constraints have imposed hard choices, and it is therefore important that the burden of adjustment is borne by all parts of society and takes into account the ability to pay. Priority has been placed on actions to tackle tax evasion, fraud and strategic defaulters, as these impose a burden on the honest citizens and companies who pay their taxes and loans on time. Product market reforms seek to eliminate the rents accruing to vested interest groups: through higher prices, these undermine the disposable income of consumers and harm competitiveness. Pension reforms have focussed on measures to remove exemptions and provide incentives for continued labour market participation end early retirement. To get people back to work and prevent the entrenching of long-term unemployment, the authorities, working closely with European partners, will initiate measures to boost employment by 50.000 people targeting the long-term unemployed. A fairer society will require that Greece improves the design of its welfare system, so that there is a genuine social safety net which targets scarce resources at those who need it most. The authorities plan to benefit from available technical assistance from international organisations on measures to provide access to health care for all (including the uninsured) and to roll out a basic social safety net in the form of a Guaranteed Minimum Income (GMI).

The Institutions are committed to continue working with the Greek authorities on all aspects of this agreement, including on providing Technical Assistance on a number of reform areas foreseen in the programme. Compliance with the conditionality of the Memorandum of Understanding will be monitored by the Commission, in liaison with the ECB and together with the IMF, as foreseen in Article 13(7) of the ESM Treaty.

A staff team from the International Monetary Fund (IMF), led by Delia Velculescu, visited Athens during July 30-August 12 to participate in technical discussions between the Greek authorities and the European Commission, European Central Bank and European Stability Mechanism (ESM) on an economic program that could be financially supported by the ESM. At the end of the visit, Ms. Velculescu made the following statement:

“In the period ahead, we look forward to working with the authorities to develop their program in more detail and for Greece’s European partners to make decisions on debt relief that will allow Greece’s debt to become sustainable. The IMF will remain closely engaged with the Greek government and the European partners to assist in this process, and will make an assessment of its participation in providing any additional financing to Greece once the steps on the authorities’ program and debt relief have been taken, expected at the time of the first review of the ESM program.»