Refugee camp to be transferred to Eleonas from downtown Athens 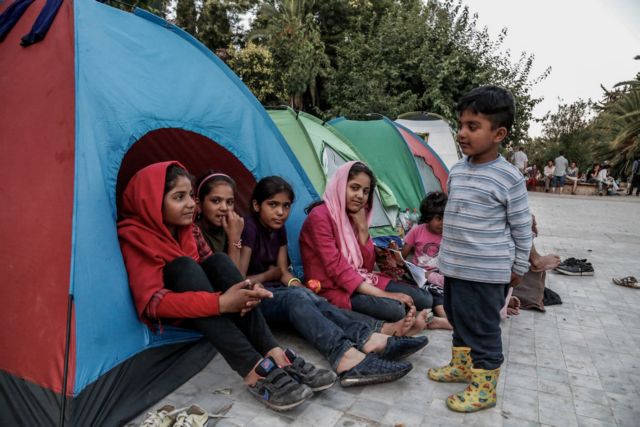 The hundreds of refugees who have found shelter at the Pedion tou Areos park in down town Athens will be transferred to an area in Eleonas later this week, announced State Minister Alekos Flampouraris.

The living conditions where they are currently camped are rather dire, as they are exposed to the elements and there are no facilities for basic amenities. Local residents, citizen groups and other migrants residing in Greece have helped provide some relief.

The State Minister told the Athens-Macedonia News Agency that the new, temporary reception area that will house the refugees is on the limits of the city of Athens. The effort is supported by the Ministries of Interior, Labor, National Defense, Health and Tourism, along with the District of Attica, the municipality of Athens, EYDAP, DEDDIE and DEI.