Thursday’s critical and high-tension central committee meeting ended in favor of party leader and PM Alexis Tsipras, as it was… 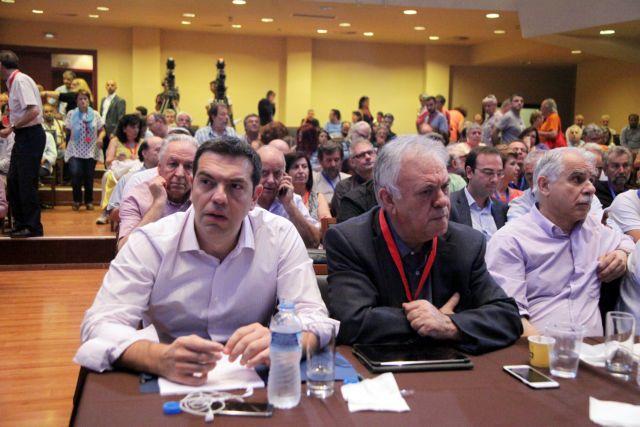 Thursday’s critical and high-tension central committee meeting ended in favor of party leader and PM Alexis Tsipras, as it was decided to hold an extraordinary party congress in September.

This will allow the Prime Minister to complete the agreement with Greece’s international creditors and make the necessary inter-party preparations for the congress, where the split from the more radical left-wing factions will be formalized.

This has also been confirmed by the chief of the Left Platform Panagiotis Lafazanis, who argued that the congress in September “is absolutely pointless”, as the bailout agreement will have already been achieved and delegates will be called upon to “ratify faits accomplis that are totally harmful for the country”.

In the mean time, many of the SYRIZA MPs who oppose the agreement will have the opportunity to formalize their disagreement or departure in mid August, when the bailout proposal is expected to be submitted in Parliament.

So far 32 SYRIZA MPs have rejected such an agreement and it remains to be seen if their numbers will increase. In such a case, the Prime Minister will be faced with increased pressure, as he will have to rely on opposition votes to pass critical bills.