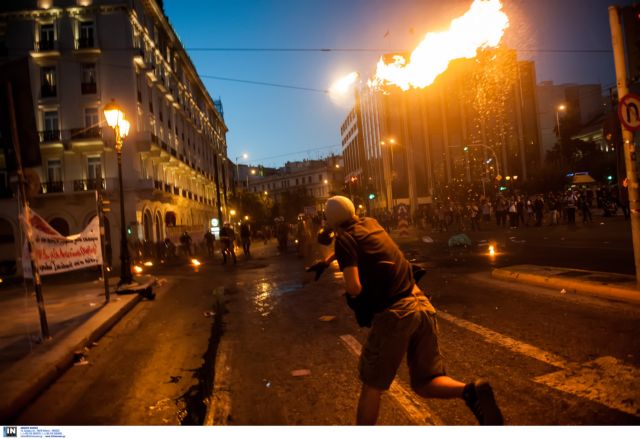 A about 9pm on Wednesday violent clashes broke out between anti-austerity protesters and riot police in Syntagma Square which carried on for about an hour and saw a television station van burned and 38 protesters detained, with 25 eventually arrested.

The protesters threw dozens of petrol bombs in the direction of riot police officers who were stationed outside the Grande Bretagne hotel, who responded with tear gas and flash bangs. Earlier, a group of protesters on Panepistimiou Street was attacked by riot police.

The clashes died out at around 10pm, with central roads in the city center remaining closed off for about half an hour. It was estimated that about 13,000 attended the anti-austerity demonstrations in downtown Athens.