Venizelos: “We avoided a ‘Grexit’ and absolute catastrophe” 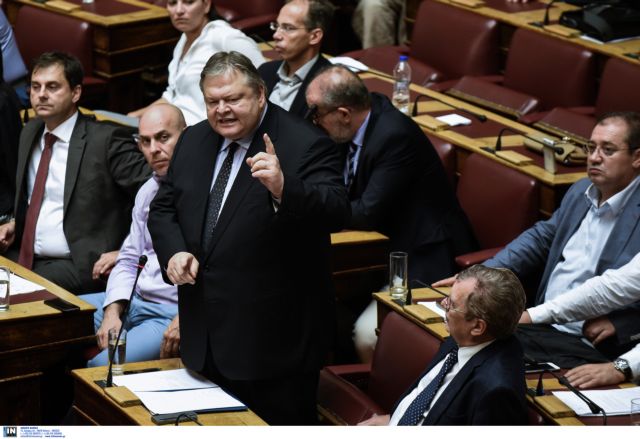 The former president of PASOK Evangelos Venizelos commented on the agreement reached in Brussels and noted that “we have avoided an exit and absolute catastrophe, but we accepted the harshest bailout”.

Mr. Venizelos argued that many of the terms in the bailout are harsh and humiliated and noted that such terms had not been accepted in past. He added that the cost over the past six months has been huge, but that would discussed at a later point. He called the Prime Minister to bring the agreement before parliament to be voted, stressing that there is a “national responsibility majority in Parliament”.

When asked about the President of Parliament Zoi Konstantopoulou, Mr. Venizelos called her “an institutional and political weight for Parliament and the country” and called the PM to “solve the problem”. Mr. Venizelos explained that “just like with Yanis Varoufakis, someone appointed her. Anyone with the responsibility of the creating the problem, has the duty of solving it”.