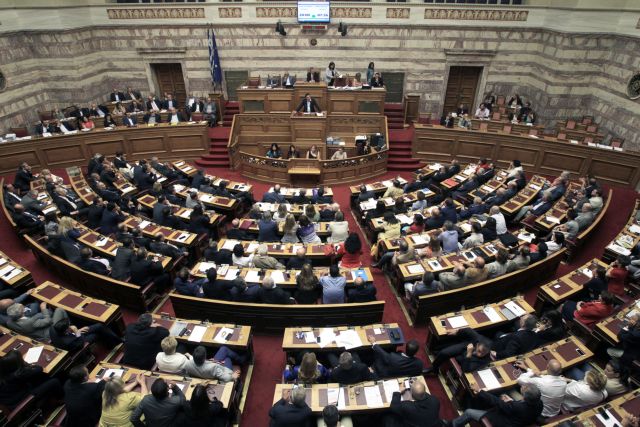 Following the expiration of the Greek bailout program and the Eurogroup’s negative decision regarding the latest Greek proposal on Tuesday, the country has been left hanging without a safety net. Amid the turmoil in the Greek political system, the Government Vice President Yannis Dragasakis has denied reports that he suggested that the referendum may be withdrawn or urging the Prime Minister to accept the creditor offer.

The Eurogroup will reconvene at 18:30 Athens time on Wednesday, with the Greek government set to submit a new proposal based on the Juncker proposal, in search of an agreement that will help Greece overcome the impasse. On Tuesday the Greek government requested a short-term extension of the current program and a 29.1-billion-euro loan from the ESM.

Meanwhile the European Central Bank will convene in order to discuss the provision of emergency liquidity assistance (ELA) towards Greek banks. It is believed that the Greek banks have drawn the maximum they can from the emergency funds allocated to them, which resulted in the introduction of capital controls on Monday.

With the Greek government having missed the IMF loan payment, it may be only a matter of time before the Fund declares a credit event. This, in conjunction with the increasing popular support for a ‘yes’ vote amongst the Greek people, is having a major impact on SYRIZA, causing divisions amongst government officials.

Aside from Government VP Dragasakis, Spyros Sagias, Euclid Tsakalotos and Giorgos Stathakis are amongst the government officers who believe that the government should revise its stance. On the other hand Nikos Pappas and Zoi Konstantopoulou have strongly supported the referendum. Legal arguments have been put forward questioning the validity and wording of the referendum, however there do not appear to be legal provisions to withdraw it, should that be decided.

Meanwhile Panagiotis Lafazanis has stated that the government has a ‘plan B’ and stresses that the people will reject the creditor blackmail. The stance of Yanis Varoufakis is undetermined, who has not been clear on the referendum.