PM Tsipras to meet Juncker, Draghi and Lagarde in Brussels

A new meeting has been arranged in Brussels on Wednesday ahead of the Eurogroup, between Prime Minister Alexis Tsipras… 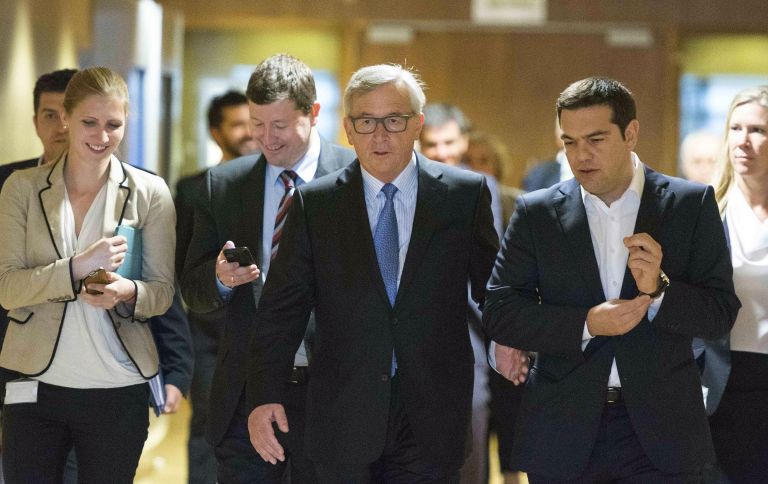 A new meeting has been arranged in Brussels on Wednesday ahead of the Eurogroup, between Prime Minister Alexis Tsipras, European Commission president Jean-Claude Juncker, International Monetary Fund director Christine Lagarde and European Central Bank chief Mario Draghi. It appears that the meeting was called to address complications in the talks with the IMF.

Government sources confirm that the IMF appears to oppose the planned hike in corporate taxes and insurance contributions, claiming that these measures will further exacerbate the recession and harm entrepreneurship. Instead, the IMF claims that across-the-board wage and pension cuts will strengthen competitiveness. The Greek government does not appear prepared to concede to this demand.

Ahead of Wednesday evening’s Eurogroup, the PM sent the Commission President an 11-page document, further detailing the latest reform proposals with measures worth 7.9 billion euros – 2.69 billion in 2015 and 5.2 billion in 2016. Aside from the structural changes and new measures, Mr. Tsipras notes that the country’s funding needs must be covered, while the economy must be supported by investments.

The latest complication in the negotiations has caused some concern in Athens, as there have already been reactions on the domestic front, with MPs in the government coalition troubled by the measures.