Greece has entered the final stretch and is running on fumes 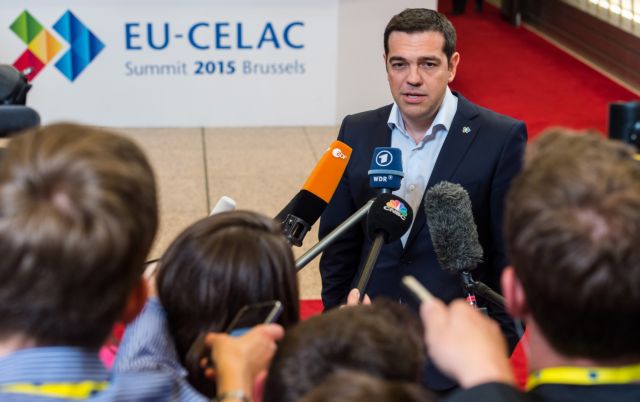 The Prime Minister Alexis Tsipras returned empty-handed from Brussels in Thursday evening and is now called upon to take his final decisions, as time has nearly run out and the creditor pressure escalates.

With the talks now entering their final phase, next week’s Eurogroup meeting is going to be critical in the negotiations, while the ECB is seriously considering changing its stance regarding the collateral of Greek banks. Despite assurances after his meetings with German Chancellor Angela Merkel, French President Francois Hollande and European Commission President Jean-Claude Juncker, that the discussions were “constructive”, as it turns out, there has been no meaningful progress.

Subsequently the IMF left the negotiations and the Fund’s spokesman Gerry Rice warned that there were «major differences» in many areas and that there has been no progress in addressing them. He stressed that the Greek pension system is unsustainable, noting that while the average pension in Greece is similar to that in Germany, Greek pensioners retire about six years earlier than their German counterparts.

Under these conditions, the Prime Minister is now called upon to take a series of initiatives in order to demonstrate how he intends to come to an agreement with the creditors. In any case the agreement will be painful, both politically for the government and financially for the people. Meanwhile, Mr. Tsipras will also have to face his party, as SYRIZA appears to be divided and in turmoil over the proposed agreement.