The former German Chancellor Gerhard Schröder has argued against the speculation for a “Plan B” for Greece, while stressing… 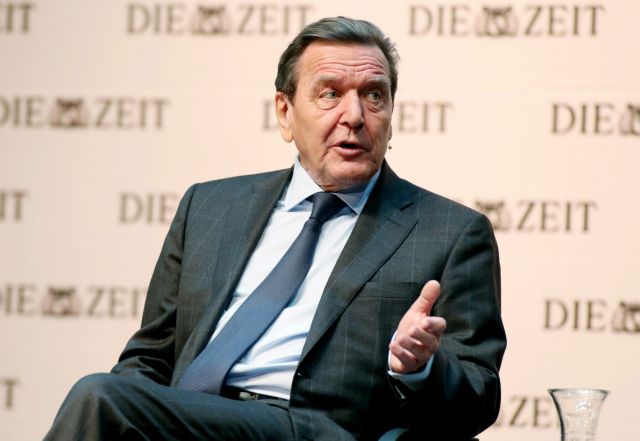 The former German Chancellor Gerhard Schröder has argued against the speculation for a “plan B” for Greece, while stressing that including Greece in the euro was the right decision.

Mr. Schröder told Bild that it was the correct decision to include Greece in the Eurozone, based on the data that was provided by the European Commission. He was quick to add that after adopting the euro, the governments in Greece made serious mistakes and should have accepted the fact that reforms were needed, such as the tax system.

Regarding the current situation, Mr. Schröder asserted that European must help Greece to adopt the necessary reforms, in order to help Greece avoid destruction from the international markets.

When asked whether Greece will remain in the Eurozone, the former Chancellor expressed his confidence and added that it was a “mistake” to speculate over a “plan B”, as that leads to the conclusions that the continuation of the current policy of reforms and assistance has no chance of succeeding.