A group of protesters managed to invade the courthouse at the Korydallos prison facility, shortly after noon, where the Golden Dawn… 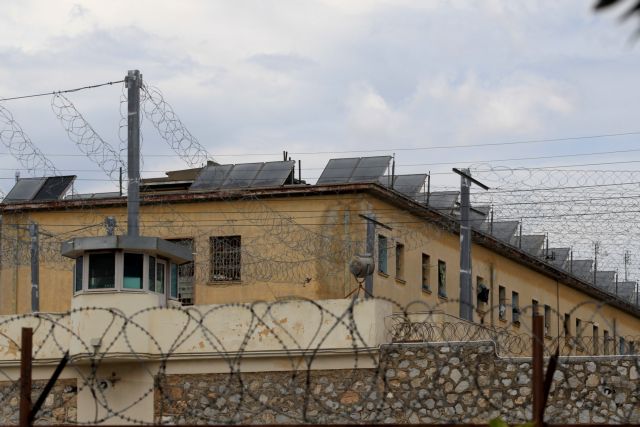 A group of protesters managed to invade the courthouse at the Korydallos prison facility, shortly after noon, where the Golden Dawn trial is taking place and shouted antifascist slogans and threw bottles of water.

It appears that some of the protesters who invaded the courthouse were members of the Conspiracy of Fire Cells militant group, who were on trial next door. During the fracas the parents of murdered anti-fascist activist Pavlos Fyssas hurled abuse towards the defendants.

The protesters entered the courthouse fro the side door and caught the police by surprise. After the incident ended, the presiding judge decided to adjourn the trial until the 4th of June, further escalating the situation.

As in the previous three sessions, the leadership of the neo-Nazi party has refused to appear in court.

The Golden Dawn trial was expected to resume at 11am on Friday at the purpose-built courthouse in the Korydallos prison facility, after being adjourned on Tuesday.

A number of anti-fascist and anti-racist groups have arranged to gather near the prison facility at 10:30am and demonstrate, while the Mayor of Korydallos will submit another request to have the trial transferred elsewhere.

The municipal authorities have opposed the trial taking place in the prison facility, as there are many schools in the surrounding area and the heightened security measures, protests and threats of violence will affect their operation. Panhellenic school exams are set to begin on Monday.