Kotzias: “Germany has earned 80 billion euros from the Greek crisis” 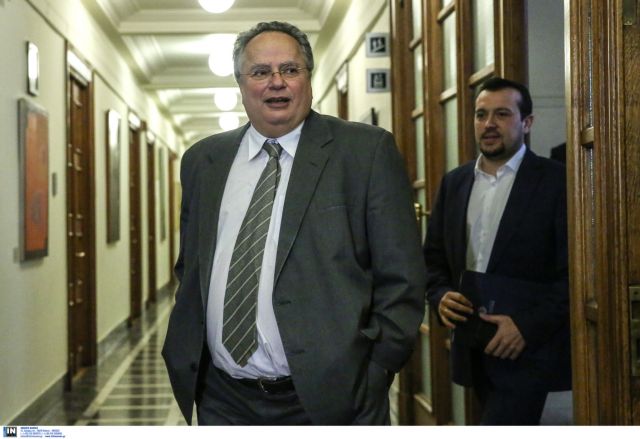 The Minister of Foreign Affairs Nikos Kotzias argued that Germany – directly or indirectly – has earned about 80 billion euros from the Greek, in an interview he gave to the ARD and ZDF television stations on Saturday.

Mr. Kotzias stressed that “we should talk with numbers”, instead of one side resorting to “pseudomoralistic positions” in to “teach the other”, in response to regular German media reports on how much much Germany is set to lose from the Greek crisis.

Later in his interview Mr. Kotzias disputed the stereotypes perpetuated in German media, that the Greek people are “thieves, lazy and liars”, by citing European statistics, which show that Greeks work longer hours in a week than all other Europeans.

Furthermore, the Foreign Affairs argued that those responsible for major corruption scandals in Greece are currently living in Germany, such as the former head of Siemens Hellas Michalis Christoforakos. Mr. Kotzias asked that then German judiciary hands over the relevant bank account information, so that there is proof as to who was bribed in Greece and called upon Germany to “stop hiding such major crooks”.