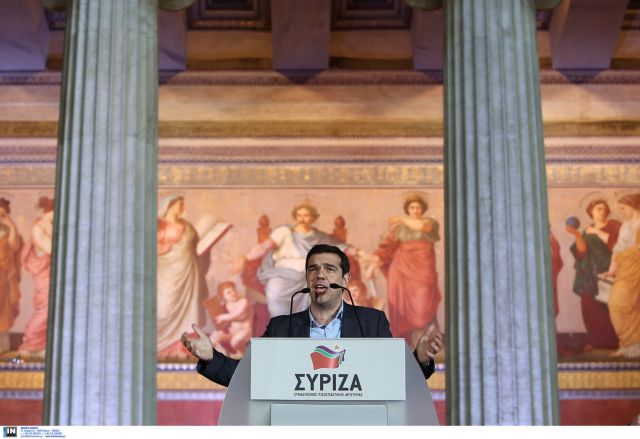 The leader of SYRIZA Alexis Tsipras made his first comments after his party’s major win in the 2015 general elections outside the Propylaea in downtown Athens to a crowd of thousands of supporters. Mr. Tsipras said that “the Greek people wrote history and gave a clear, powerful and undisputed mandate; Greece is turning a page” and that “Greece is leaving behind the austerity, the catastrophe and a is moving forward with optimism, hope and steady steps”.

During his speech he stressed that “SYRIZA is a sample of Greece changing” and that “we are fully aware that the Greek people are not giving us a blank check, but an order to restore national cohesion. We will rebuild the country on new foundations”. He then noted that “our victory is a victory of all of European’s people who are struggling against austerity” and promised a four-year fiscal fiscal policy plan with documented proposals. Crucially though, Mr. Tsipras stated that there would be neither a breakdown of relations with Europe, neither a continuation of submission.

The SYRIZA leader prioritized tackling the major effects of the crisis, restoring popular justice and promoting structural reforms that will help overcome the major problems generated over the past decades. According to Mr. Tsipras, his goal “is to win back the hope, the smile, the lost dignity of our people”.