Police unionists have approved many of SYRIZA’s plans regarding police reforms, should the main opposition party come first in… 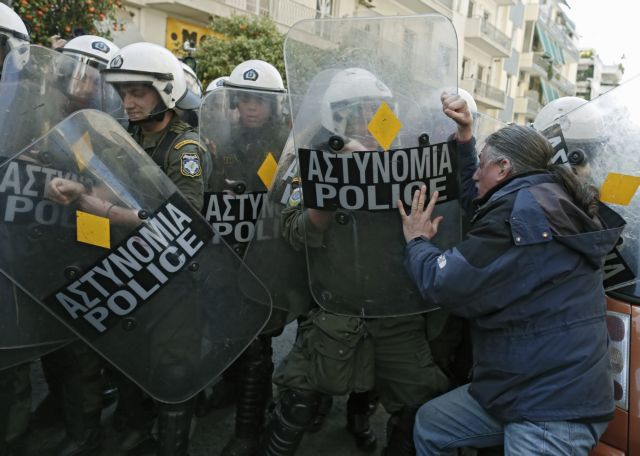 Police unionists have approved many of SYRIZA’s plans regarding police reforms, should the main opposition party come first in Sunday’s critical elections.

Amongst the major reforms is the abolition of the YAT (MAT) – YMET riot police units, the immediate withdrawal of dangerous chemicals and the merging of the DIAS, ZITA and DELTA motorcycle police units. DELTA units in particular have repeatedly been accused of police misconduct and brutality against demonstrators. These units will not be deployed in demonstrations.

SYRIZA also intends to create an independent body for reporting instances of police misconduct and introduce a police ombudsman. Furthermore, the intention is to increase the number of police patrols in order to withdraw static positions.

The main opposition party also told police unionists that it is in favor of restoring police officer wages, in accordance with the relevant State Council order which the coalition government has ignored.

Regarding evaluation and recruitments, SYRIZA want so to improve the current criteria so that there is greater transparency within the force. SYRIZA intends to reorganize police structures, as it argues the current model has not changed since the 1980s, with ensuing reforms being fragmented and inefficient.