Hardouvelis: “Without completion of the program, ECB won’t provide liquidity”

The Minister of Finances Gikas Hardouvelis warned that should the Greek bailout program not be completed, then the European… 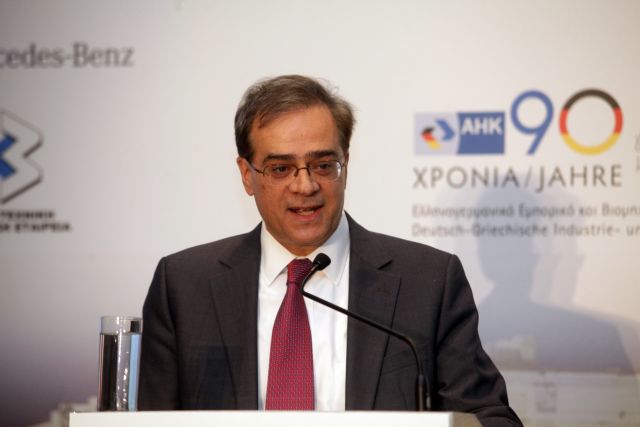 The Minister of Finances Gikas Hardouvelis warned that should the Greek bailout program not be completed, then the European Central Bank would not provide the usual liquidity it offers to Greek banks, which has amounted to about 45 billion euros since November.

Should the next Greek government come to blows with the troika, then there is the risk of Greek banks having to resort to the Emergency Liquidity Assistance (ELA) from the Bank of Greece, which costs more. This additional cost, argued Mr. Hardouvelis, would pressure domestic interest rates for businesses and households alike.

Mr. Hardouvelis, who made the comments at an event sponsored by the Greek-German Chamber of Commerce and Industry further stressed that the next government to be elected must complete the review of the bailout program by the end of February, or risk further increasing exposure to danger.