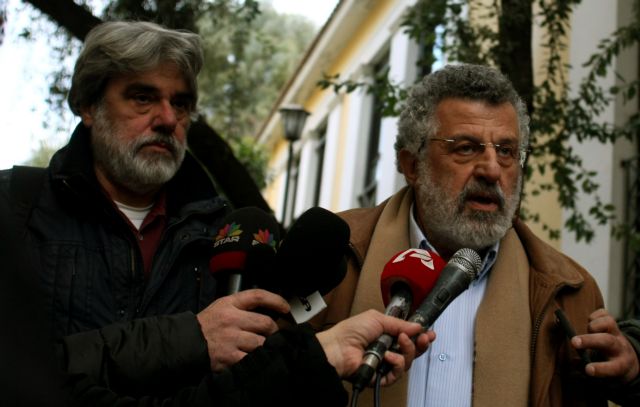 The Misdemeanor Courts found the director of Efimerida ton Syntakton Nicolas Voulelis [pictured right] and journalist Dimitris Psarras [pictured left] innocent of the charges of defamation and violation of personal data, which were brought on by the currently-detained Golden Dawn MP Ilias Kasidiaris.

Kasidiaris pressed charges against the newspaper published a video where the neo-Nazi party MP is pretending to be a police officer during interrogation. The MP claimed that the video was a joke, reminiscent of 1980s movies and not intended for public viewing. Psarras responded that the movie any thing but a joke, noting that the actors depicted give Nazi salutes and that they were “rehearsing”.

The prosecutor initially proposed a guilty verdict, however the court decided that the newspaper report at best constituted “strict criticism” of a public div, which aimed to inform the general public. The court also held that the publication of the video did not violate any personal data provisions.