Samaras: “We are at France’s side in defense of democratic ideals”

The Prime Minister Antonis Samaras was in Paris on Saturday, where he participated in the huge rally against terrorism with other… 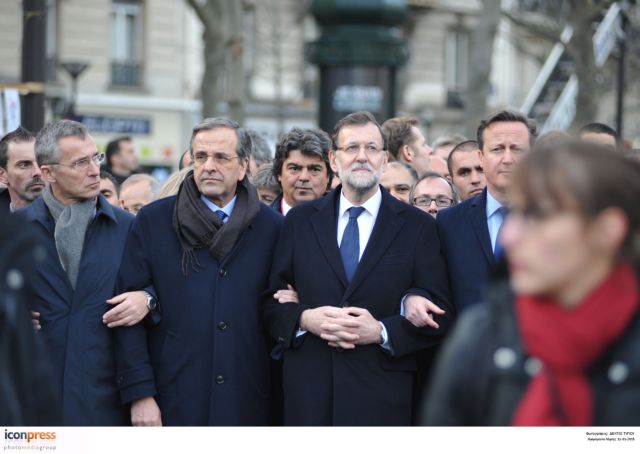 The Prime Minister Antonis Samaras was in Paris on Saturday, where he participated in the huge rally against terrorism with other heads of state and world leaders. About two million people and 50 world leaders congregated in the French capital, in what was the greatest mass gathering since the liberation from the Nazis in 1944.

Mr. Samaras told French television network France2 that “France was a beacon of freedom for the whole world” and that “we are united with the French people, we are thinking of exactly the same things, namely freedom, the ideals of democracy”.

The Greek PM further added that “we are at their side in this battle for the defense of democratic ideals. That is what we seek, and that is why we were all here today. What we experienced was amazing”. He also expressed the hope that the rally would mark a new begging for Europe and the world at large.

The main opposition party SYRIZA also sent a group of representatives to participate in the rally, which included MEP and historic resistance fighter Manolis Glezos.