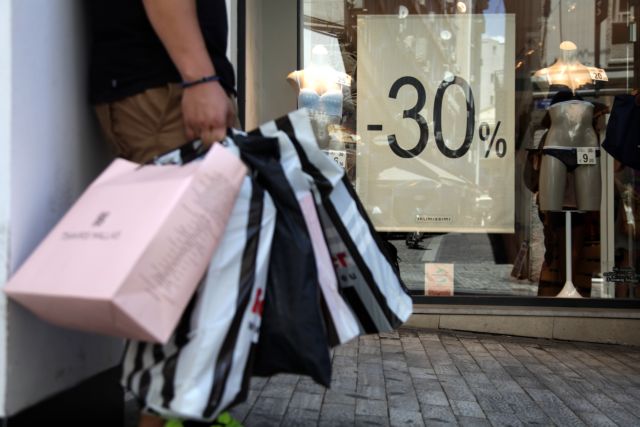 The Institute of Commerce and Services (INEMY) of the National Confederation of Hellenic Commerce (ESEE) has predicted that the turnover of this year’s winter sales will be between 5% and 8% lower than last year.

According to INEMY’s assessment, the significant drop is attributed to the political uncertainty and the effects it may have on the disposable income of shoppers. INEMY has estimated that the total turnover from the winter sales is expected to be about 5 to 5.1 billion euros less than in the previous winter sale.

About 6 out of 10 businesses saw their turnover drop since last year, while only 3 out of 10 saw any increase. Smaller businesses appear to suffer the most, with 71% of businesses that do not have employees reporting losses. About 90% businesses with an annual turnover less than 15,000 also reported losses.

The areas of retail which have been affected the most are the household goods and the education/entertainment sectors. About one in two businesses in the pharmaceuticals and cosmetics sector saw a decrease in their turnover.