The recent bout of bad weather that enveloped the country is gradually beginning to retreat, with the temperature expected to… 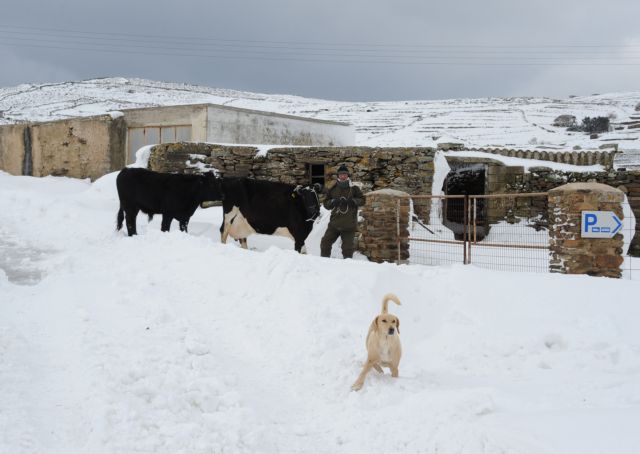 The recent bout of bad weather that enveloped the country is gradually beginning to retreat, with the temperature expected to rise in most areas in the country.

Many problems were caused throughout Greece earlier in the week, as the snowfall and low temperatures caused many problems to transportation and schools delayed opening after the Christmas and New Year’s holidays.

On Friday the skies in Attica will be cloudy with a possibility of snowfall or sleet, while temperatures will range from 1 to 9 degrees. In the north of Greece the weather conditions will be noticeably harsher, as temperature will range from -11 to 7 degrees.

The conditions will further improve on Saturday, as meteorologists expect the temperature to rise even more by the evening. There is a chance of scattered showers in the afternoon, while winds are probably going to be strong.

The power grid is gradually being restored on the island of Tinos [pictured] on Friday, after Army technicians were dispatched via helicopter to help in the repairs. The bad weather conditions have caused many problems to the island’s infrastructure over the past four days and a state of emergency was called on Thursday.

The power supply to Tinos was cut off when the underwater cable from the DEI power plant on Andros was damaged. Andros itself has also experience serious problems, as the island does not have the necessary infrastructure to deal with the problems. Local authorities have stressed the need for further support.