Haikalis: “I was offered 2-3 million euros to vote for a President”

The Independent Greeks MP Pavlos Haikalis has alleged that an attempt was made to bribe him in the Presidential elections, on a… 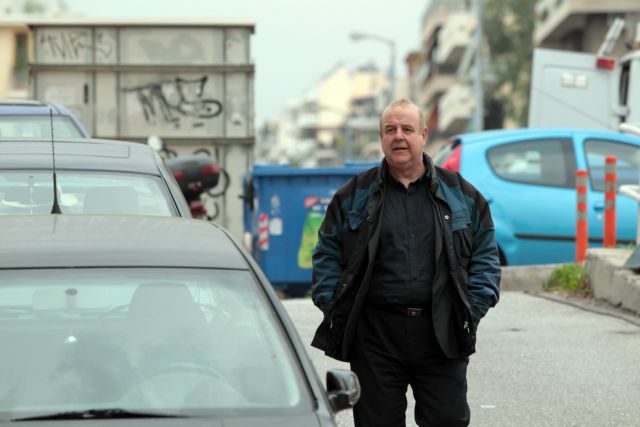 The Independent Greeks MP Pavlos Haikalis has alleged that an attempt was made to bribe him in the Presidential elections, on a Friday morning appearance on ANT1, following comments made by comedian Lakis Lazopoulos.

Mr. Haikalis revealed that he was offered between 2 to 3 million euros. At first he was to be given 700,000 euros in cash, later an outstanding loan of his would be paid off and finally he would sign contracts with certain production companies.

The MP added that he has handed over video and audio evidence from two meetings he had with the person that attempted to bribe him and that he has already filed a deposition. Mr. Haikalis did not reveal the identity of the person, nor was it revealed at the emergency press conference which the Independent Greeks arranged for 1pm.

During the press conference Mr. Haikalis said that “at first I thought it was a joke, but when I realized that they things were serious I ddi not consider for a singly moment to give in, the truth must shine”.

The video that Mr. Haikalis submitted is said to show two meetings at the lounge of hotel in down town Athens. The man accused of attempting to bribe Mr. Haikalis is named Giorgos Apostolopopulos and he is a former employee of two banks, on Greek and one German. He also appears to have been a consultant for Prime Ministers Giorgos Papandreou and Antonis Samaras, as we all ANEL leader Panos Kammenos.

The popular stand-up comedian Lakis Lazopoulos previously reported that the man who attempted to bribe Mr. Haikalis was a businessman, but did not name him. After the news became public To Vima contacted the prosecution, which confirmed that Mr. Haikalis submitted audio and video footage ten days ago, but did not confirm his accusations.

Political parties respond to the accusations

The spokesman for SYRIZA Panos Skourletis told ANT1 that the prosecution must inform the political leaders of these developments immediately, as the allegations may well influence the outcome of the ongoing Presidential election process. Party leader Alexis Tsipras also commented that the allegations of Mr. Haikalis were very serious.

PASOK issued a statement noting that the accusations became public during the Presidential elections and called for an investigation into the serious allegations in order «to safeguard the democratic stability and transparency and to not allow the poisoning of the political life«.

The coalition government spokeswoman Sofia Voultepsi commented on ANT1 that in the name of public interest the evidence must be made public immediately and if they prove to be baseless, the relevant legal procedures must be initiated against the «culprits of this vile story«.

In its statement the Democratic Left stressed that the serious allegations of the attempted bribery of the Independent Greeks MP must be investigated promptly. The Communist Party also called for an investigation, while commenting that a “revolting” bargain is taking place in the background of the Presidential election.

A response to Mr. Haikalis’ accusations came from New Democracy when it published two photos, where Mr. Apostolopoulos appears at a meeting between the Independent Greeks and SYRIZA

Mr. Apostolopoulos is the person on the far left.

Mr. Apostolopoulos is the third person from the left