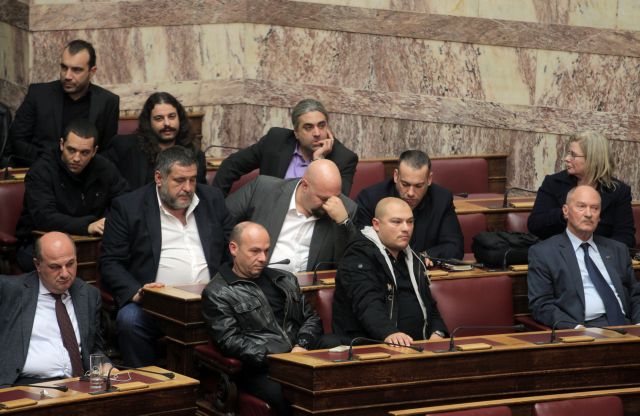 The detained Golden Dawn MPs have been formally allowed to attend the three critical votes in Parliament for a new President on the 17th, 23rd and 29th of December.

Nine of the neo-Nazi party’s MPs are current detained, including the party’s general secretary Nikos Michaloliakos and his second-in-command Christos Pappas, press officer Ilias Kasidiaris, along with Yannis Lagos, Nikos Kouzilos, Giorgos Germenis and Panagiotis Iliopoulos. They are expected to vote against the Presidential candidate.

The prosecutor approved the request filed by the detained MPs earlier in the day. A similar verdict is expected for Stathis Boukouras, who has been ousted from the neo-Nazi party and is currently detained in Nafplio.