Syrian protesters react to transfer of women and children 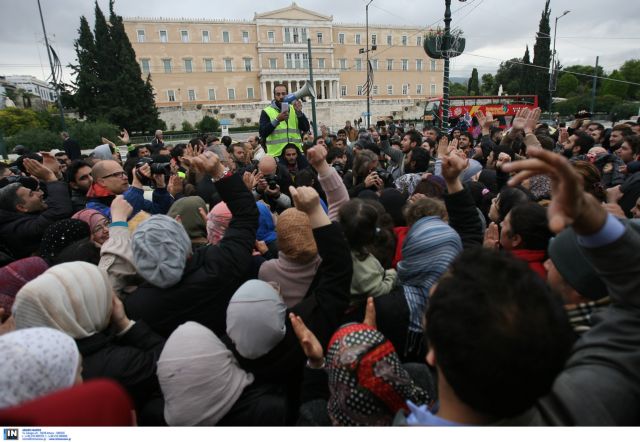 A group of Syrian refugees are continuing their demonstration on Syntagma Square outside Parliament for the 21st consecutive day, demanding travel documents in order to continue their journey to other European destinations.

With the refugees essentially camping out on the square and exposed to the elements, a bus had been sent to transfer 30 of the refugees, mostly women and children, to hospitality centers. The protesters reacted though and the bus left empty.

The Ministry of Interior has argued that the only way for the Syrians to receive the travel documents is to submit an application for asylum, which they have so far rejected.

The representative of the social support network for refugees and migrants Gianna Kourtovic told in.gr that all the Syrian want is the implementation of European directive which offers temporary protection without any commitment of an asylum to refugees and victims from countries with ongoing armed conflicts.

Mrs. Kourtovic added that the Greek government has not made the relevant application to the European authorities and stressed the need for greater coordination between the EU and European Commission. Mrs. Kourtovic added that should the Syrians be given asylum status, then the Greek State will have to provide them with protection, financial aid and education, among others.