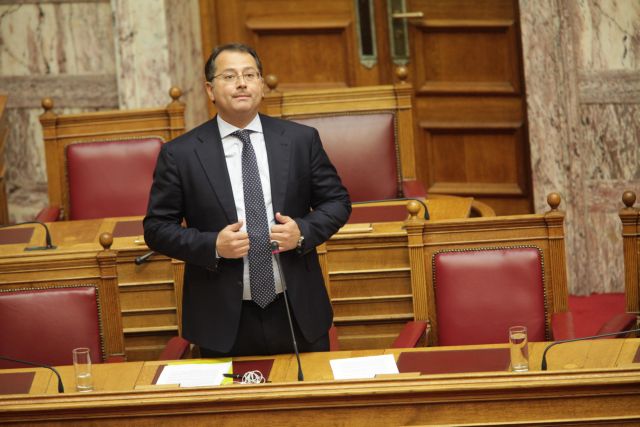 The Deputy Minister of Education Giorgos Stylios submitted his resignation at the request of Prime Minister Antonis Samaras after the threats he made against KKE MP Liana Kanelli in Parliament on Thursday.

Mr. Stylios later offered an apology, noting that “tensions can lead to verbal exaggerations. Obviously I did not want to insult Ms. Kanelli and I apologize to her. The reference to Kasidiaris’ name and his behavior, which I condemn, was a mistake”.

Despite the late apology though, the Prime Minister Antonis Samaras was adamant that Mr. Stylios submits his resignation to Minister of State Dimitris Stamatis. Following the resignation, Ms. Kanelli commented that “thankfully the government did the obvious this time”.

The comments made by Mr. Stylios undoubtedly caused major embarrassment to the coalition government and New Democracy. On Friday government spokeswoman Sofia Voultepsi claimed that «nobody believes that Mr. Stylios believes what he said«.

Mr. Stylios’ references in Parliament were widely condemned by the political parties, with SYRIZA arguing that the invocation of Golden Dawn violence is “a huge insult to democracy”, while the Democratic Left estimated that far-right beliefs “unfortunately fascinate others, beyond Golden Dawn”.

The outgoing government officer had been appointed to the Ministry of Education about two months, replacing Kostas Koukodimos who resigned for personal reasons.