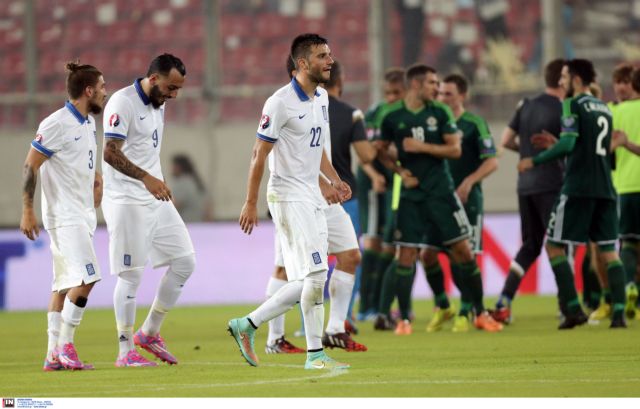 While Greek football has made remarkable strides in the ten years that followed the surprised Euro 2004 win in Portugal, it seems that it has now taken a couple steps back, if the Tuesday evening qualifier match is anything to go by.

After a home defeat by Romania and an away draw with Finland, Greece desperately needed the three points in the game against Northern Ireland in order to have hopes of progressing to the finals stage of the Euro 2016 in France. Unfortunately though Greece lost 2-0 in Piraeus and will now have to struggle to qualify.

Greece found itself trailing behind the score early on in the game with Jamie Word (9’), who deflected a shot off Loukas Vyntra. Greece tried to respond, but was unable to take advantage of its greater ball possession. With Greece still seemingly stunned in the second half, Kyle Lafferty (51’) scored a second goal for Northern Ireland, clipping Greece’s wings.

The latest result has troubled new coach Claudio Ranieri, who prior to the game had commented that failure to qualify to the finals in Paris would equate to a “catastrophe”. Greece’s next match is against Faroe Islands, at the Karaiskakis Stadium in Piraeus in on the 14th of November.