The Prime Minister Antonis Samaras met with the Chinese President Xi Jinping in Rhodes over the weekend. The Chinese… 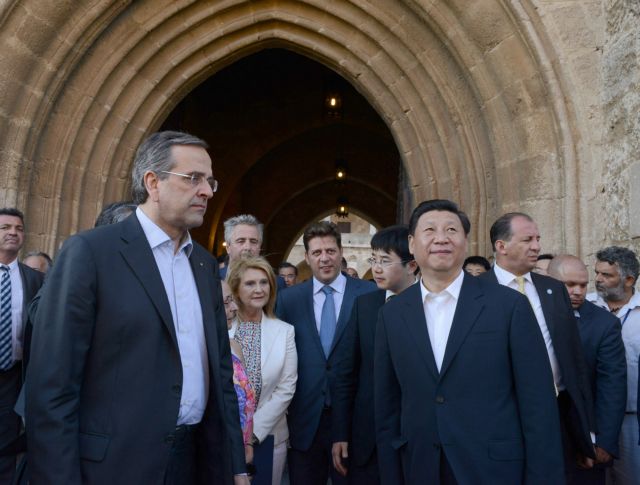 During his stay in Rhodes the Chinese President resided in a central hotel, where his Greek counterpart, President Papoulias held a banquet in his honor. Mr. Xi Jinping later took a tour of the Medieval Old Town of the City of Rhodes with Mr. Samaras.

Despite being a private visit though, the two leaders discussed matters of financial cooperation. The visit also had a symbolic value, as it illustrates the good relations of the two countries and underlines China’s intention to carry on developing a financial relationship with Greece.

Last month the Chinese Prime Minister Li Keqiang visited Athens and noted that his country would buy Greek bonds when Greece was prepared to issue new bonds. Greece has invested a lot in developing ties with China in an effort to boost its economy and move on from a crippling recession. China on the other hand views Greece as a commercial gateway to Europe and Africa.