Panagiotis Baltakos claims that his “intentions were good” 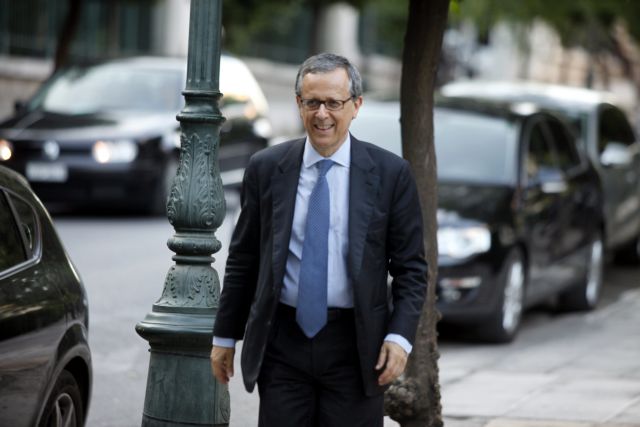 The former general secretary of the coalition government Panagiotis Baltakos gave an interview to Real FM to address the scandal that emerged after Golden Dawn published a controversial video that lead to his resignation.

Baltakos claimed that his “intentions were good” and argued that his references to ministers in the incriminating video were false, while adding that the video cannot be used in any court. Additionally, Baltakos justified his son’s assault against Golden Dawn MPs in Parliament yesterday and claimed that he only pushed them. When asked about his son’s whereabouts, Baltakos said he was unaware of them.

Baltakos said that he “decided to play a certain role for the good of the party and Greece, we could not allow 500,000 Greek to remain trapped by Golden Dawn. I said what they wanted to hear to gain their trust” and stressed that New Democracy “is a center-right faction that is about to lose its right wing”.

When asked whether the Prime Minister Antonis Samaras was aware of his efforts, Baltakos responded that “the Prime Minister knew that we need to free people from Golden Dawn” but that “he was not aware of what I did towards this end”. Baltakos revealed that he had multiple conversations with Kasidiaris prior to the publicized video and one or two afterwards.

The former general secretary claimed to not remember what he told Kasidiaris in these conversations, apart from that everything was more or less “in the same vein” and claimed that the political persecution increases Golden Dawn’s influence and reach.

Finally, Baltakos claimed that he was not dismissed from his post, but rather he resigned “immediately” and that he did not talk to Prime Minister.