Papantoniou-Kourakou bank accounts to be examined

The wife of the former Minister of Finances and National Defense Yannos Papantoniou, Mrs. Stavroula Kourakou appeared as witness before the investigative… 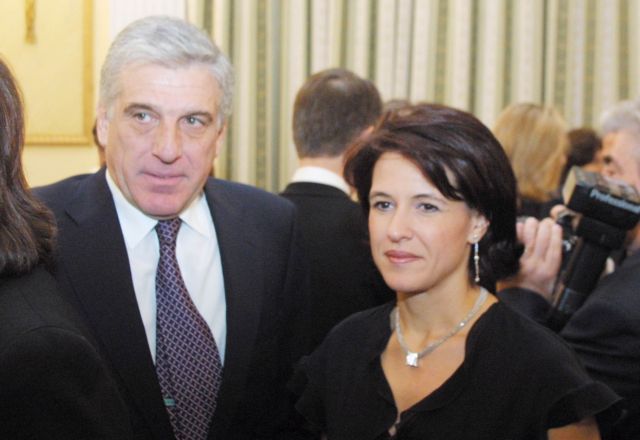 The wife of the former Minister of Finances and National Defense Yannos Papantoniou, Mrs. Stavroula Kourakou appeared as witness before the investigative judges Mallis and Stavropoulos to testify regarding a bank account deposit with HSBC, which was included in the infamous “Lagarde List”.

Based on reports, Mrs. Kourakou was asked whether the 1.3 million euros in the account was related to any armament commissions. Mrs. Kourakou responded that the funds did not derive from any criminal activities or commissions and that they were intended for her two children. Mrs. Kourakou stated she was willing to have all of her accounts examined. According to the Papantoniou side, Mrs. Kourakou’s deposition lasted about five minutes.

The Papantoniou-Kourakou couple is being investigated after the Financial and Economic Police Unit (SDOE) investigated the infamous “Lagarde List” and found them to have about 2.8 million euro in Swiss and Greek accounts, which they were unable to justify. The couple is also being prosecuted for false tax statements.

Perhaps the more significant aspect of Mrs. Kourakou’s deposition was that the investigative judges examined the possibility of Mr. Papantoniou being involved in the armament scandal. It has been speculated that the questionable funds may have derived from bribes given out for the submarines and Tor-M1 weapons system, although at the moment nothing has been confirmed.

Aside from Mrs. Kourakou, the investigative judges also received the Kandalepa couple, which has a close relationship with Papantoniou and Kourakou. Mr. and Mrs. Kandalepa were asked to testify as they appear to have deposited 1,000,000 euros in Kourakou’s account, which they claim was to facilitate her. The couple also refused to have their accounts examined.