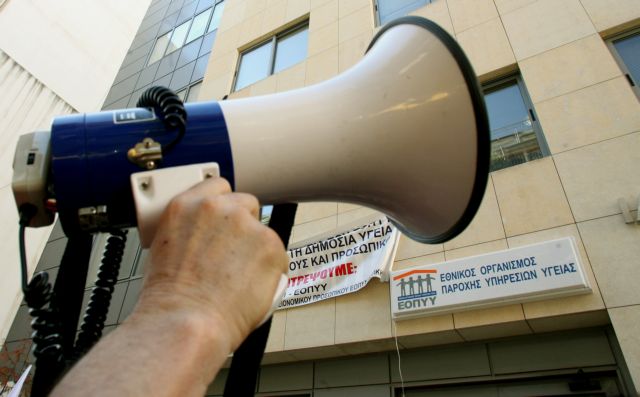 With the Ministry of Health and striking doctors unable to come to any agreement, the doctor unions have arranged to demonstrate against the changes introduced in primary healthcare, outside the central EOPYY offices at 1pm today.

The doctors argue that the upcoming shut down of EOPYY’s healthcare units will not only result in the suspension and possible dismissal of 8,500 doctors and employees, it will also restrict free access to public healthcare services.

Earlier this morning the Minister of Health Adonis Georgiadis appeared on Mega Channel to announce that 99% of EOPYY’s clinics have been handed over and only two or three still remain open.

Mr. Georgiadis accused EOPYY doctors of illegally asking payment from patients for examinations, claiming that they had already exceeded the government’s monthly cap of 400 free examinations.

The Minister also warned that any doctors who submit an application for union purposes and do not appear for work after 30 days will be barred from EOPYY and not allowed to sign any deal with the organization.