Staikouras: “Primary surplus is 3.9bn euros according to Eurostat methods” 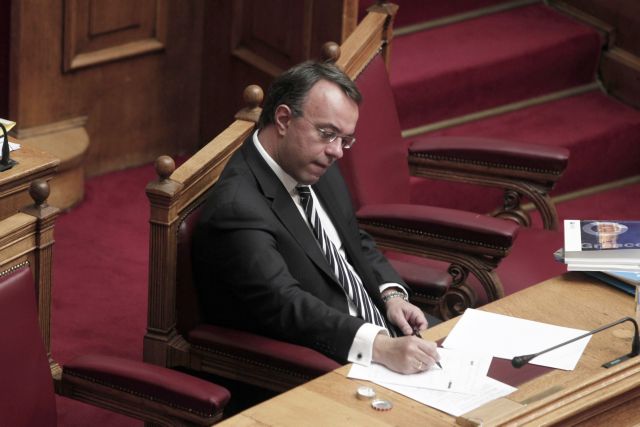 From the stand in Parliament the Deputy Minister of Finances Christos Staikouras repeated his claim that the primary surplus will exceed the government’s initial expectations and stressed that after being certified in April, it will pave the way for reducing the debt “by any means necessary”.

Mr. Staikouras explained that the troika predicts that the primary surplus will exceed the original estimation of 812 million euros (or 0.4% GDP) for a second year in a row, while Eurostat’s estimations suggest it could be up to 3.9 billion euros (or 2.1% GDP). The Deputy Minister was critical of a report issued earlier in the year by the Parliamentary Budget Office, according to which further reforms and measures would be necessary in order to achieve a primary surplus.

The Budget Office representatives P. Liargovas and P. Kazakos responded that while it is theoretically possible for the Greek debt to become viable without a haircut, it would necessary an exceptionally high growth rate in conjunction with consistent primary surpluses over a long-term period, during which the Greek economy would be funded by the markets on “reasonable terms”.

As such, the Budget Office believes that a more realistic approach to tackling the debt would require a new intervention. As such, Greece must seek to attract funds from abroad by creating a friendly investment environment and maintaining political stability. Regarding investments, the Budget Office stressed that a stable tax framework is paramount; otherwise no long-term investments will be possible with the Office characteristically stating that “opening and shutting down a kebab shop is not a serious investment”.

Mr. Liargovas pointed out that the government structural changes have been “insufficient and inconsistent” as they were focused on employment issues without addressing the market of goods, which ultimately lead to a dramatic reduction in living standards. Mr. Kazakos noted that European and international institutions must be taken into account in order for the restructure of the production sector to be successful.