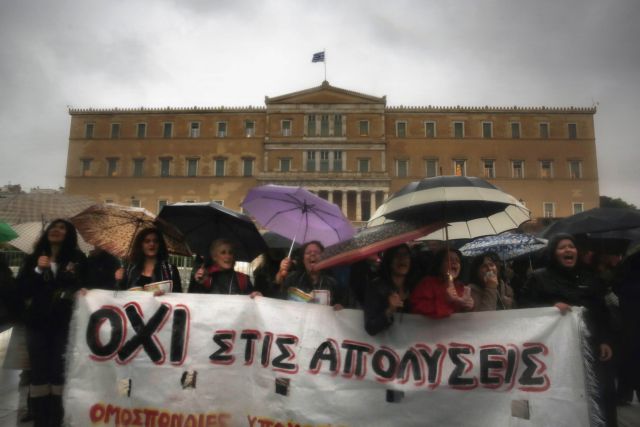 The government is preparing plans for the thousands of suspended public sector employees whose eight-month suspension period is about to come to an end. The Ministry of Administrative Reform is making preparations for dismissals of thousands so that they have a “smooth transition to the job market” after they are ousted from the public sector.

Amongst plans are helping former civil servants establish “cooperative social enterprises” (“KOIN.S.EP”) in areas similar to the ones they worked in the public sector (such as cleaning staff, maintenance technical support, etc). Criticism against these types of cooperative enterprises suggests that they will mostly be comprised of badly-paid employees and will primarily rely on contract work with local government agencies and other public sector bodies.