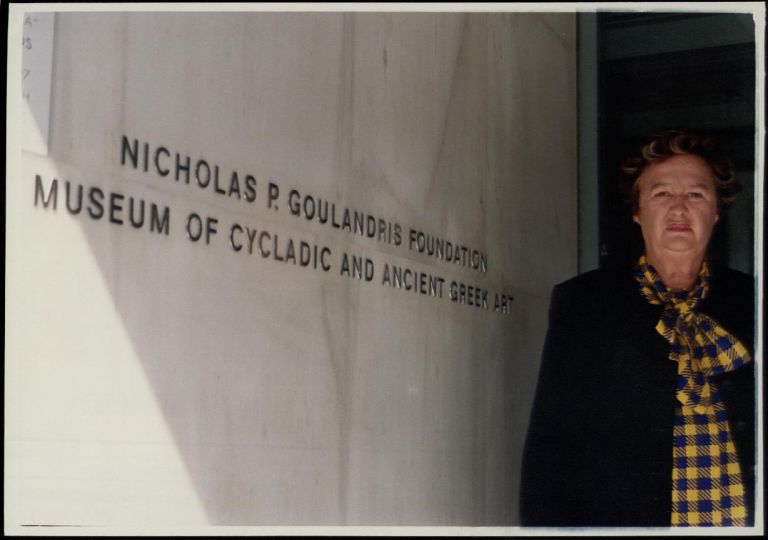 The internationally renowned sculptress and painter Chryssa passed away in the early hours of Monday at the age of 84.

Chryssa initially studied social welfare in Athens, but at the recommendation of an art critic, she went to the Academie de la Grande Chaumiere in Paris in 1953, where she studied for a year before moving on the USA. She continued her studies at the California School of Fine Arts in San Francisco and settled in New York City in 1957.

Urban city centers and the Byzantium were a huge influence on her work, which has been considered as a forerunner to minimalism. Chryssa exhibited her creations in many famous galleries and museums worldwide, such as the Guggenheim, the Museum of Modern Art in Paris and the National Gallery in Athens.

After 35 years of living abroad, Chryssa returned to Greece in 1992 and set up a studio in Neo Kosmos, but later returned to America. Chryssa has donated many of her works to Greek museums, including her 1983 sculpture “Mott Street”, which was inspired by the Manhattan Chinatown and is currently on display at the Evangelismos Metro Station.