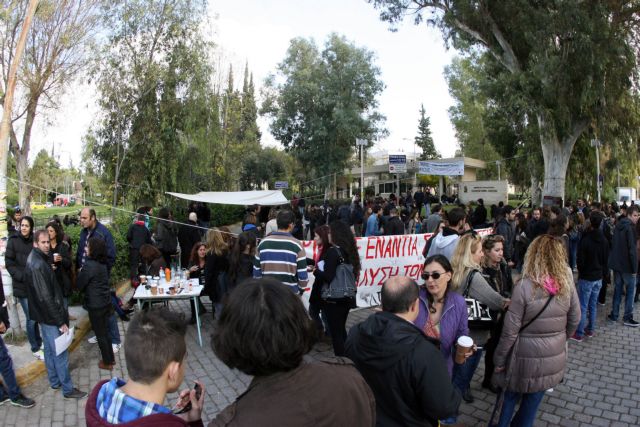 With the Ministry of Education under pressure from the Prime Minister and unwilling to negotiate, the striking university administrative employees have controversially decided to extend their strike for another 48 hours, with the intention of extending the strike next week as well.

At the request of the Ministry of Education, the Supreme Court Prosecutor Efterpi Goutzamani contacted the Rector of the University of Athens Theodosis Pelegrinis in an effort to find a peaceful solution to the deadlock, to no avail. The Minister of Education Konstantinos Arvanitopoulos has considered civil mobilization orders, but such a move would likely cause greater problems.

In the mean time, the members of Senate of the University of Thessaloniki echoed their colleagues in Athens and offered their resignations to the Rector, in protest of the government suspension measure and cited its impact on the quality of education, and research. The Rector of the University of Thessaloniki Yannis Mylopoulos commented that the Ministry of Education composed its suspension lists without taking into account the university’s evaluation data.

Finally leftist factions in the university teach staff federation POSDEP prompted a discussion for a 48-hour strike, which was rejected. POSDEP’s leaders instead proposed that the universities and government negotiate for a few days.