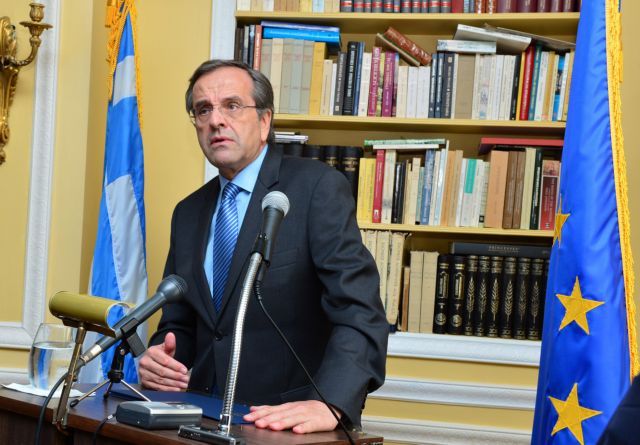 The Prime Minister Antonis Samaras is heading to Israel for the first High Level Cooperation Council between Greece and Israel in Tel Aviv. Mr. Samaras will be accompanied by 8 Ministers and 100 business representatives who will participate in a business forum. The PM is scheduled to meet with both President Shimon Peres and Prime Minister Benjamin Netanyahu.

For many, such as the USA, the Greek-Israeli “connection”, which includes Cyprus, appears as an oasis of geostrategic stability in the troubled Middle East. During the Council, about ten agreements of cooperation will be signed, most of which will refer to the common prosecution of criminals and mutual support in matters of civil protection.

The developments in the critical energy sector are also expected to be important, with Mr. Maniatis scheduled to have talks with his Israeli counterpart Silvan Shalom. Aside for the bilateral energy cooperation announcements, private businesses from both countries have expressed a keen interest in searching for hydrocarbons in the two countries, such as the Israeli Ratio Oil and the Greek Energean Oil & Gas S.A.

Israeli firms have also shown an interest in the results of seismic research in the Greek seas and have long favored a region-wide agreement that would include a solution to the Cypriot issue, for their business interest. On a political level though, Turkey seems unwilling to improve its relations with Israel.

The Minister of National Defense Dimitris Avramopoulos is expected to visit Israel around the 20th of October, for talks about two upcoming mutual military exercises. The first will take place in the area in the central and south Athens FIR on the 8th and 9th of October, which will see the participation of the Air Force and Navy. The second exercise will see Greek fighter jets and Israeli resupply aircraft cooperate around Western Peloponnesus.