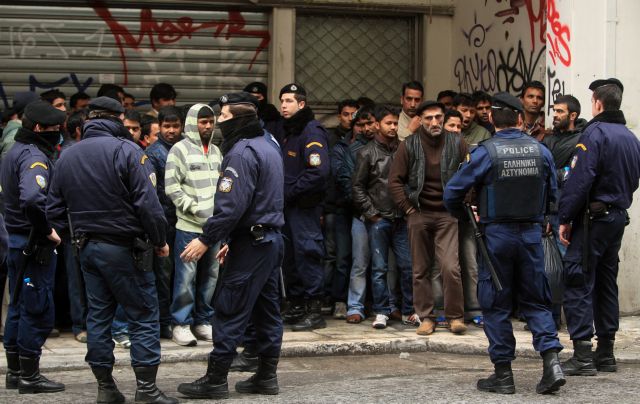 Xenios Zeus was the protector of foreigners in Ancient Greece and hospitality was an act of valor and moral obligation. Foreign people were considered holy figures, sent from the Gods. Somewhat ironic that the Greek Police has named their sweep operation after him.

The Human Rights Watch has reported on the results of the Greek Police’s Operation: Xenios Zeus that was launched last year. The HRW’s German spokesman Wolfgang Buettner explained that there was an influx of reports of abuse by asylum seekers since the police operation was launched.

Mr. Buettner further elaborated that the Greek Police is conducting a huge operation against immigrants in Athens, which frequently involve violence. Thousands of immigrants have been stopped for questioning and taken to police departments for many hours. What is worrying, Buettner revealed, is that only 6% of those inspected were illegal immigrants.

In recent years Greece has faced increasing difficulties combating illegal immigration, since it is estimated that 90% of immigrants entering Europe without legal documentation do so from Evros, in the north of Greece. Aside from the inefficiencies of the Greek government, the Dublin II regulation compounded the problem, with European partners unwilling to support and alleviate the burden from the countries in the European south.

Buettner considers the possibility that “Xenios Zeus” became necessary in light of the Golden Dawn’s increased popularity. The spokesman accepts that spot checks and questioning might be necessary, but they must meet international standards and cannot be connected to violence.

The Human Rights Watch spokesman concludes that the Greek government must condemn police brutality, provide better training and clear instructions to the police forces, while the EU must provide Greek authorities with logistical and technical support, while reminding Greece of the shared community values.