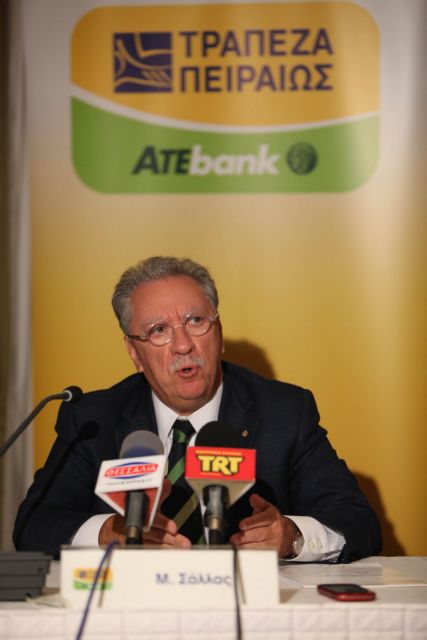 The chairman of Piraeos Bank Michalis Sallas participated at the general assembly of the Federation of Industries of Northern Greece (SVVE), where he spoke of the need to restructure the Greek debt, in order to encourage growth.

Mr. Sallas made a number of proposals, such as transferring the bank recapitalization loan to the European Support Mechanism (ESM), so that it is not included in the public debt. Furthermore, restructuring the official debts, with a limited reduction of interest rates and extending payments. Mr. Sallas also suggest the roll over of 10 billion euros worth of bonds that the ECB and Eurozone Central Banks possess, while returning the profits made from these bonds.

While the chairman spoke of the indications of progress in the Greek economy, he noted that the crisis is not over and that the financial politics of the government must be “realistic” if it is to have a positive impact.

Mr. Sallas explained that a lot still needs to be done to turn around the economy and that the country is at a crossroad of crucial decisions that will determine the future, while adding that «we must have the ‘moral authority’ and financial arguments to claim what we are owed, in a way [and] the conditions allowing this are already taking shape”.