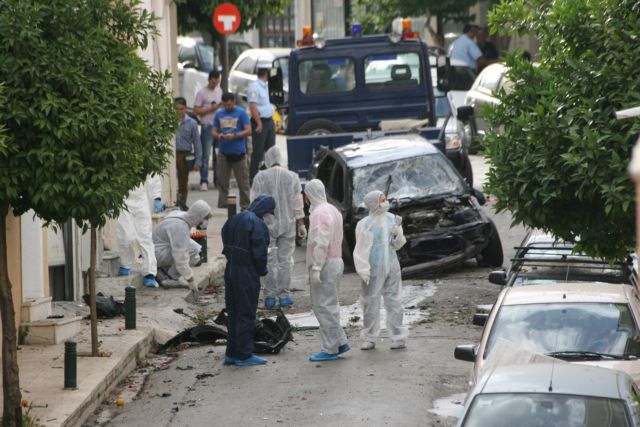 The explosion of a booby-trapped car at around 4:40 this morning shook Dafni. The car, which was parked on Diomidous and Agia Varvara Streets, reportedly belongs to the Director of the Korydallos prison.

The explosion caused a fire, which was promptly extinguished by the fire brigade, which dispatched three vehicles to the site. The car was practically destroyed in the explosion and nearby buildings were damaged lightly. Early reports indicate that a passer-by was lightly injured by shattered glass.

At around 4:15 am phone calls were made to the ANT1 television station and Zougla.gr website warning of a bomb explosion in twenty minutes. The police have cordoned off the area while the bomb squad investigates. It is thought that militant anarchist group SPF might be involved in the attack.