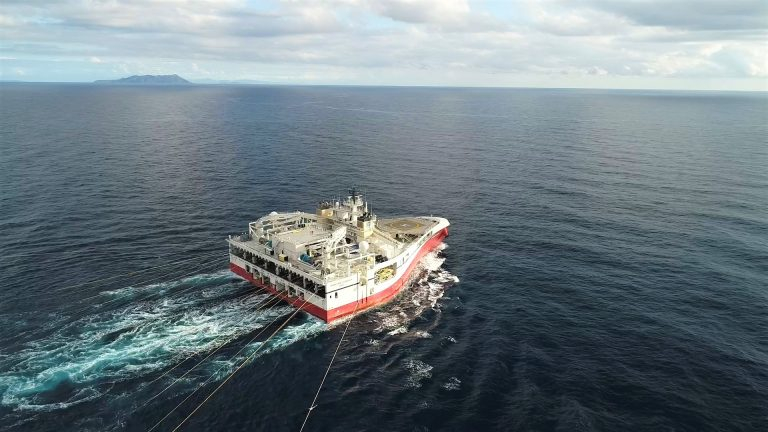 Energean completed the 3D seismic survey in the offshore Block 2, Northwest Ionian, acquiring data from approximately 2,200 square kilometers. It was the fourth seismic survey carried out by the company from 2009 to date and which was completed without any environmental or other incident and in absolute safety conditions.

During the survey, a total of 5 specialized vessels were mobilized led by the seismographic Ramform Hyperion of PGS, equipped with the most advanced equipment for this type of research.

In addition, three Marine Mammal Observers as well as two Sound Recorders participated in the survey, in order to take the prescribed preventive measures in cases of detection of cetaceans within the safety zone provided for by the approved Environmental Action Plan.

At the same time, specialized personnel were in constant communication with the fishermen of the area, in order to avoid both the obstruction of the investigation based on the NAVTEX issued by the Navy and any problems in their activity.

During the investigation, participating vessels assisted the competent port authorities in the safe docking of vessels detected transporting refugees in adverse weather conditions.

The data collected are of particularly high quality and give the best possible picture of the subsoil in the investigated area. Their processing and interpretation, which will follow in the coming months, will enable Energean to assess the size and prospects of hydrocarbon potential and possible reserves and to identify targets that could be explored by drilling.

Energean thanks all the authorities involved at central, regional and local level for their kind and efficient cooperation throughout the investigation. The company remains committed to the research and utilization of natural resources in the areas in which it operates, for the benefit of our national economy, local communities and citizens. The research and exploitation of Greece’s natural wealth requires significant investments, time, effective management and unswerving political will.