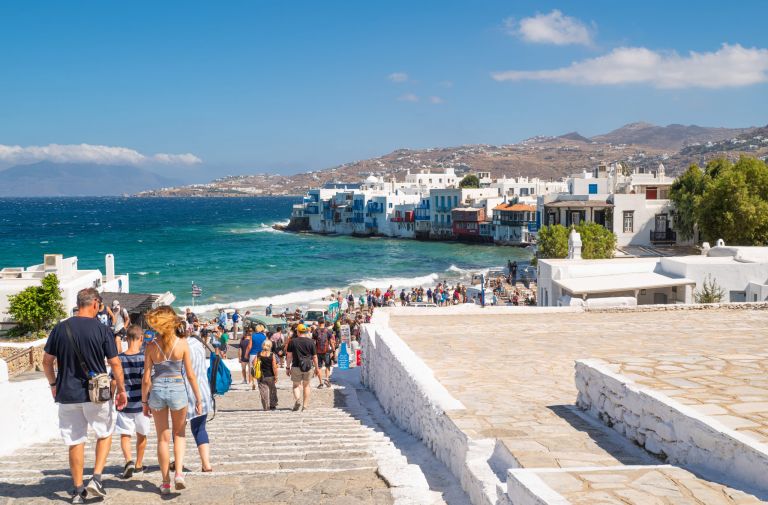 “Pricey Greece: For many locals holidays have become impossible” is the headline of a report on the RND (Redaktionsnetzwerk Deutschland) news network, which is published in many German newspapers.

The report begins with an example: “With a net monthly income of 1,800 euros, the family of Eleni and Giorgos Kontogiorgis belong are average for Greece. The 30-year-old head of the family is a police officer, his 31-year-old wife works part-time in a kindergarten, to which the couple’s daughters, three and five years old, also go. Normally they wanted to go on vacation in August to Paros for 14 days, as they did in the previous three years. “But we finally canceled it,” says Eleni. Their hotel has increased prices by 25% compared to last year “. Instead of Paros, “they booked a seaside hotel in Dubai for 95 euros a night. For a family of four, airfare will cost around 2,000 euros, but as George Kontogiorgis says, “overall, holidays in the Emirates will be cheaper than in the Cyclades.”

The response from Athens points out that “according to estimates by online platform Mabrian, the prices of five-star hotels in Greece have increased by 110% this year compared to 2019, before the crisis. For four-star hotels the increase is 63%, for three-star hotels at 19%. In May, inflation in Greece reached 11.3%, the highest rate in 30 years. Everything is expensive, from the hotel to the food in taverns and the drink in the beach bar or the rented car. To these are added the high prices of gasoline. On Greek islands, in many gas stations, a liter of super gasoline costs over 2.70 euros “.