Mitsotakis for Turkey: Those who threaten us, are marginalized and exposed 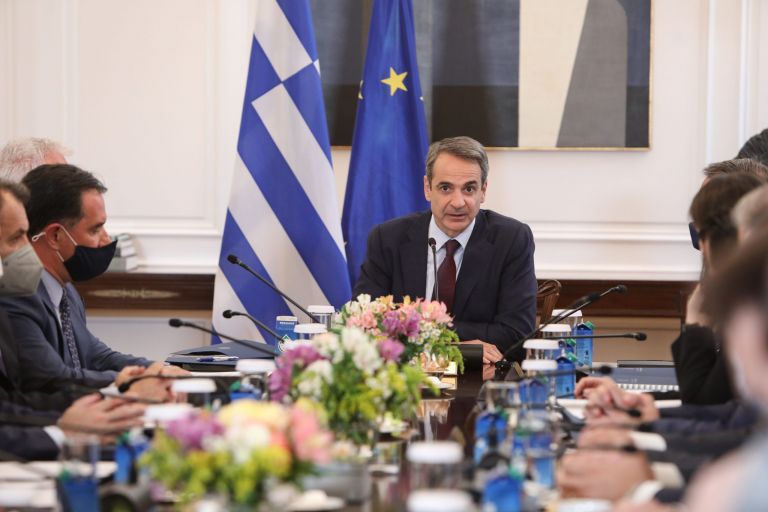 A new strong message to Turkey was sent by the Prime Minister, Kyriakos Mitsotakis, speaking today at the Council of Ministers, which is in progress.

Kyriakos Mitsotakis stressed, among other things: “A strong Greece bothers some” and castigating Turkish provocations, he noted: “as much as they challenge us with saber rattling, they are marginalized and exposed”. The Prime Minister also referred to his recent trip to the USA and the stance of Greece by the side of Law and Justice, in juxtaposition to Turkey’s positions.

At the same time, he clarified that Athens will make public what is happening internationally, while he also responded to Turkey’s demands for demilitarization of the Aegean islands.

Attack on SYRIZA about the incidents at Thessaloniki University

The Prime Minister made a special reference to the attitude shown by SYRIZA, regarding the incidents that took place on Thursday at the Aristotle University of Thessaloniki, calling it a dilemma between building a library and using sledgehammers to tear things down. The PM insinuated that SYRIZA was seeking blood and “heroes,” among lawless anarchist collectives.

The agenda of the meeting includes briefings by Finance Minister Christos Staikouras and the government’s fiscal team on various actions and legislative initiatives, as well as the European Commission’s spring forecasts and the 14th Enhanced Surveillance report. Minister of State Giorgos Gerapetritis is to present proposals concerning the annual report of the central codification committee for Greek law, Alternate Foreign Minister Miltiadis Varvitsiotis will present legislative initiatives for a Greek ETIAS unit and special six-month visa category for UK citizens.
The meeting will also discuss proposals for the Skaramangas and Elefsina shipyards, armed forces personnel issues, a healthcare bill, an emerging IT and communications technology bill and a draft bill produced by the environment and energy ministry.